Getting Married in Denmark
Denmark: The easiest country in Europe for foreign couples to get married.

Denmark: The easiest country in Europe for foreign couples to get married 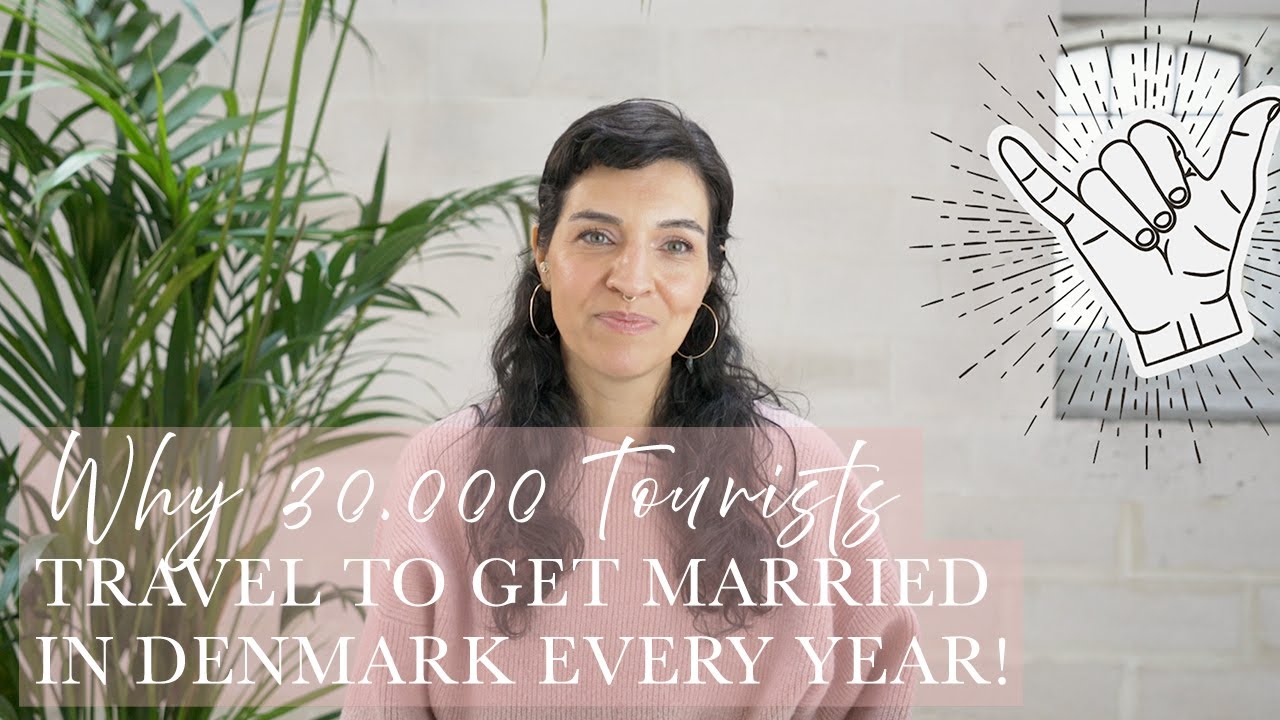 International couples have been travelling here to get married since the ‘60s and it’s something we’re proud of too.

Our borders know no bounds to love. Our authorities see that a couple, no matter who the couple, should be able to get married if there is no legal reason why not.

The paperwork is straightforward, the process easy and there are so many locations to choose from.

Our hospitality industry is geared towards receiving happy couples and our people are warm and welcoming.

It makes Denmark an excellent melting pot for foreign couples looking for the perfect and most importantly easy option, when choosing where to get married.

Why is Denmark the easiest country in Europe for foreign couples to get married?

The Danish authorities welcome tourists to come and get married here and the Danish marriage laws, the bureaucracy, the documentation and the process involved is far simpler than it is in any other European country.

The Danish Agency of Family Law (AFL for short) is the government department that will handle your marriage application, they will check your documents and process your application.

As soon as your application is approved with the AFL, all that is left to do is book your date with the town hall of your choice and then get to Denmark for your wedding ceremony!

On your wedding day, witnesses are provided by all the town halls if you need them (though some smaller town halls don’t offer this on a Saturday so always double-check before booking your date) and the ceremonies are predominantly held in English (or German if you’d prefer) making weddings here widely accessible for all nationalities.

2 wedding certificates are issued to couples immediately after the wedding at all town halls (except Copenhagen City Hall where 1 is issued unless otherwise requested) but it is possible to request up to 5  certificates if you need them and at no extra cost.

Once your application has been approved, minimal paperwork is involved both prior to and following your wedding, ensuring the day is about you as a couple enjoying getting married and not about waiting around for formalities to be completed.

Once you are married you are free to leave, and your day is yours to celebrate together as newlyweds in whatever way you choose.

Because of this, international and multi-international couples, gay, straight, interracial, and interfaith couples residing in countries from all over the world have been choosing Denmark for years, to ensure the experience of getting married is a smooth and simple process rather than one of bureaucracy, hurdles and difficulties.

To better understand why couples come to Denmark, let’s take a look at why those who reside in both Germany and Ireland specifically are so commonly among those that we see travelling here to get married.

Why Denmark for citizens and residents of Germany?

So why do those specifically living in Germany choose to get married in Denmark?

Well, whether you’re a German couple, a German citizen wanting to marry a non German citizen, or 2 non Germans legally residing in Germany, the simple answer is…. Denmark is the easiest place in Europe for foreign couples to get married.

The dialogue we hear from couple after couple who hold German residence, no matter how simple or complex their situation happens to be, is that it’s just too difficult to get married in Germany.

The bureaucratic system there makes it a long and drawn out process for even what we in the Danish wedding industry would see as being the most straightforward of cases.

The marriage system in Germany is designed specifically for 2 German citizens to get married and simply doesn’t reflect today’s reality;  people travel a lot more, choose to reside in different countries and so naturally marriages begin to cross and break down borders.

As the German system does not take this into account, this is where the difficulties begin to arise.

Why Denmark for citizens and residents of Ireland?

A lot of couples who reside in Ireland also decide to travel to Denmark to get married.

This wait is simply too long for those that, for whatever reason, need to get married quickly.

The documentation required can be more complex there too, with Birth Certificates and Freedom to Marry Certificates being on the list of required documents for foreign couples wishing to marry in Ireland.

These are not always easy documents to obtain for many people; one of the most common things we hear on a daily basis is “Do I need to provide my birth certificate to get married in Denmark, because I just don’t have one?”

But this is your wedding day!

It should be full of excitement and anticipation at every stage of the process NOT full of paperwork, queues, stamps and endless waiting to hear news of the next step.

So inevitably, couples living in Germany, Ireland and countries from all over the world that do not fit the specific criteria for a straightforward marriage process wherever they reside, begin to look elsewhere.

And after not very much research they come to the realisation that Denmark could be (and is!) the answer they’ve been looking for. Denmark really is the easiest place to get married in Europe for foreign couples.

The documents that are required to get married in Denmark vary from couple to couple, depending on each couple and their specific circumstances and every couple is different!

However, whatever your circumstances, couples will always fall into one of three categories:

Read our article on what the main document requirements are in order to find out more about this part of the process of getting married in Denmark.

Where should we get married in Denmark?

A lot of German couples and residents choose locations close to the German border. Tønder and Aabenraa are all very popular choices for those that just want to ‘hop’ over the border and get married.

Obviously those couples choosing to fly into Denmark would likely choose to look at Copenhagen, Frederiksberg or Stevns.

Whether you’re travelling into Copenhagen or coming up from Germany, for those couples happy to travel just that tiny bit further, then Ærø, Ribe and Kolding are simply beautiful locations for a wedding. You’ve decided Denmark is definitely for you. What next?

Well, you have options! You can choose to go it alone and contact the Danish Familieretshus directly.

But this can and does sometimes come with its own issues. It can seem too daunting to tackle the process on your own, being an international couple trying to get married abroad.

There can be technical issues, or delays for reasons that aren’t obvious. Or maybe your case is complex and working out what is required is too complicated.

This is when couples decide to use a wedding agency like us at Getting Married in Denmark.

We specialise in assessing each couple’s specific circumstances and needs, therefore ensuring that the correct documentation is gathered to the exact specifications required by the Familierethuset.

Continuing beyond this initial assessment and help with your documentation, we will also process the wedding application for you if you need us to, liaise with the Familierethuset on your behalf if required and then help you confirm a date for your wedding with the location of your choice.

This next level of customer service takes all the bureaucracy and stress away from you, the couple, essentially meaning that all you have to do is plan all the extra, and let’s face it, fun and exciting parts about your wedding in Denmark.

This is one of the most important days of your life and is something that you should be able to enjoy the entire process of, remembering it as a happy joyful occasion, from the moment you first decide to get in touch.

We are PART of the process of making Denmark the easiest country for foreign couples to get married, and this is a responsibility we carry with great pride and honour.

So whatever your nationality, race, sexuality or religion or whereabouts  in the world you have residence, if you’re hoping to get your wedding date booked in a stress free, simple manner, so you can focus on actually getting married and all the wonderful things that involves, then Getting Married in Denmark is definitely a great choice for you!